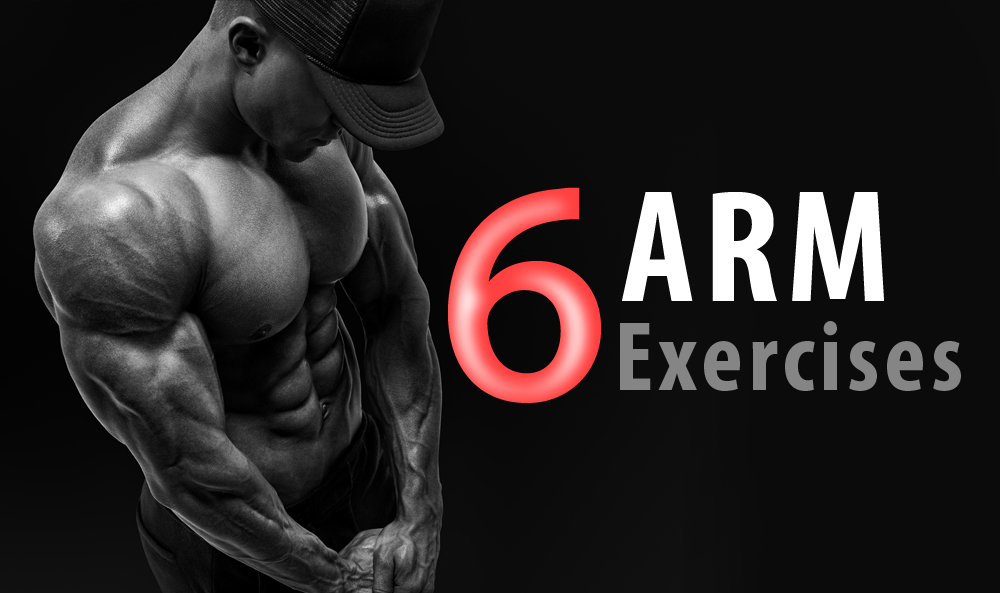 So what’s on the gun-building menu for your next arm workout? If you are like many would-be physique champs, chances are your next biceps, triceps and forearms session will include a selection of time-tested standbys: standing dumbbell, barbell and hammer curls, straight bar and/or rope pressdowns, dumbbell kickbacks and overhead extensions. Though each an excellent movement in its own right, and fundamental to building dense musculature through the entire arm region, these exercises should, on occasion, be relegated to secondary status.

IN THE INTERESTS OF PROVIDING AN ADDITIONAL SPARK NEEDED TO PROMOTE CONTINUED GAINS, AND AVOIDING THE DREADED PLATEAU, TRY PRIORITIZING SOME NEW, AND PERHAPS OBSCURE, THOUGH NO LESS EFFECTIVE, ARM TRAINING MOVEMENTS.

Our bis, tris, and forearms can be targeted from unaccustomed angles to provide a unique stimulus through which fresh gains in lean mass can be achieved. Hitting the same movements in each training session leads to stagnation. Though our weights may be progressively increased and our rep/set structure modified, the relative amount of stress inflicted on specific muscle fibers will be more or less the same. Sometimes a different set of exercises is called for to seek and destroy untapped muscle fibers to reveal a muscle’s full growth potential.

Unlike many triceps extension movements which allow the use of heavy weights, the decline dumbbell version requires stricter isolation and lighter poundages to ensure that all target muscles are fully worked from extension to contraction. By lying on a flat bench, locking the arms vertically in front of the body, and hinging at the elbow joint, as when completing the old school skull crusher movement, tension is removed from the delts and the triceps are forced to work against gravity. However, because of the precarious positioning of the bar and the pressure placed on the shoulder joint, many people negate the effectiveness of this movement by letting their upper arms fall toward the head on the second half of this exercise.

By placing a bench on a slight decline (to increase the recruitment of all three heads), holding two dumbbells as if to perform a hammer curl, and, from a fully extended position in front of your body with arms locked in place, lowering the dumbbells to the sides of your head before squeezing them back to the starting position, safety is improved (no skulls need be crushed) and a greater stretch can be achieved on the downward phase.

Arguably the best movement for fleshing out the hard to target triceps area closest to the elbow (the lower portion of the more visible lateral head) and for fully developing all three triceps heads, the throat crusher, rarely employed in today’s training era, is a true old school training tactic that never fails to deliver rapid mass building results.

To perform: Lying on a flat bench, press bar away from body until arms are fully locked; bending at the elbow joint, slowly lower bar to neck, before immediately extending weight back to starting position. Squeeze triceps at the top of movement. Repeat.

Note: Going excessively heavy on this movement may lead to impingement (compression of or damage to soft tissue such as cartilage) of the elbow joint so pick a weight that will ensure impeccable form throughout. Furthermore, be sure to control the weight on this movement so as not to literally crush your throat and die. Indeed, many an astute strength training authority has concluded that dying will significantly compromise the extent to which we may build triceps mass and strength.

We all know that the regular standing barbell and dumbbell curls are probably responsible for building more collective biceps mass than all other movements combined, the drag curl is nevertheless an excellent way to procure the coveted peak contraction so integral to placing maximum stress of both biceps’ heads. The greater the muscular contraction, the greater the stress our muscles receive, and the more growth we are likely to experience.

As its name implies, the drag curl requires us to literally drag (rather than curl) a straight or EZ-Curl bar up our body. Though our biceps will still be curling the resistance to a complete contraction, their positioning at the top range of the movement will be more mechanically advantageous and, as previously explained, will allow for a greater peak contraction.

To perform, stand with bar resting against tops of thighs, holding it with a palms-up grip and hands shoulder width apart, with chest out and head focused ahead. Pull elbows as far back as possible, forcefully contract the biceps, and slowly and deliberately drag the bar up your body until it reaches the shoulders. Slowly lower the bar along the same trajectory.

Complete biceps development is marked by the full development of the short and long heads, respectively lending length and thickness. A movement which can target both heads to create outstanding thickness and peak is the spider curl (named after the eight-legged bench it was first performed on).

Traditionally considered to be more of a ‘detail’ movement to be completed as a finisher once the mass building barbell and dumbbell curls have taken their toll, my recommendation is to place this exercise first in your routine, when you are at your strongest. By emphasizing perfect form, accentuating the negative, and contracting hard on the positive, this exercise may do more to fully maximize your biceps building potential than any other.

To perform: Lean forward on an incline bench and extend arms vertically to fully to achieve a complete stretch before raising weight to shoulder height, using the biceps to control the resistance throughout. This can also be done with a barbell, and on a reverse preacher bench.

Behind the back barbell wrist curls

The forearm flexor muscles, visible when the wrists are fully supinated, form the bulk of our forearm musculature. To properly stimulate them requires an emphasis on curling at the wrist joint, though grip work, as outlined above, will also promote their continued growth. While barbell wrist curls, a proven mass builder, have added flesh to many a stubborn forearm flexor, the behind the back version adds, quite literally, a uniquely effective twist to this movement. I have personally found this exercise to be one of the most effective forearm builders in that it hits the outer flexor hard to promote greater forearm width and depth.

With wrists fully pronated, and arms behind back, grasp a suitably weighted barbell (just heavy enough to allow a full contraction without any added momentum) from its resting position on a bench or table. With arms perfectly straight, use wrist strength to curl weight toward the forearm flexors and slowly lower. To intensify this exercise, on the final 2-3 reps allow the bar to roll down fingers before, using finger strength, curling it back to its original position.

In addition to their visual appeal, an impressive set of forearms will, through the role they play in weight stabilization and the assisting of grip strength, allow us to better control more weight on many of the exercises we do. Functionally and aesthetically, fully developed forearm flexors and extensions will lend mass appeal and lead to impressive muscle gains throughout the entire physique.

To perform: While holding an easy bar with a reverse grip straighten the arms and lower so thew weight is at waist/thigh level. Bending at the elbow raise the bar to a peak contraction at the top of the movement. Avoid swinging the arms to help raise the weight, if this happens, reduce the weight until perfect form can be achieved.

Being a necessary component in continued physiological adaptation, change is something all athletes must undergo at some point in their sporting career. As such, frequently switching-up training variable factors is a necessary means to sparking fresh muscle gains for muscle hungry bodybuilders. By including the above-listed arm training movements in your current plan, you can be assured that added size, shape and polish will be yours. 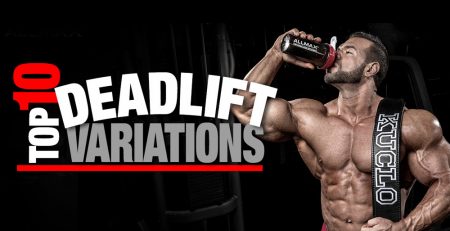 So your goal is to become as strong as humanly possible while building impressive muscular thickness from head to... read more 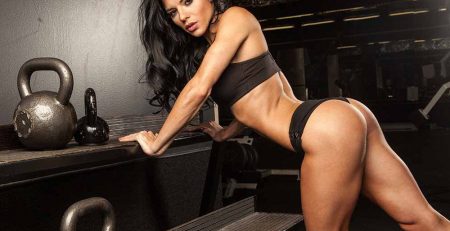 Build your booty with these 7 amazing booty workouts. Follow along with IFBB Pro Amanda Latona, the Booty Queen... read more 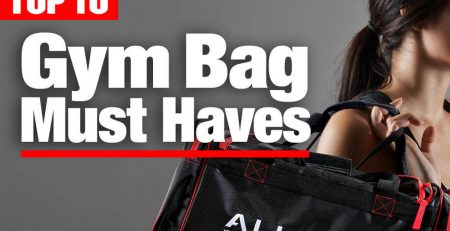 10 Must Haves in Your YALLA.FIT Gym Bag

Whether you’re an avid gym junkie or just starting out, going to the gym is not always easy. Your... read more 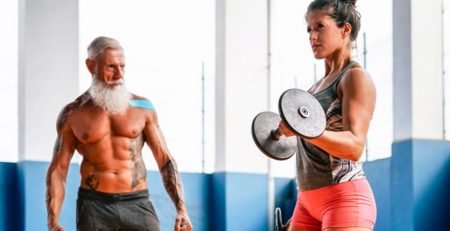 What Is the Optimal Number of Reps in a Biceps Workout?

our biceps lie along the front of your arm and help to bend your elbow and raise your arm.... read more 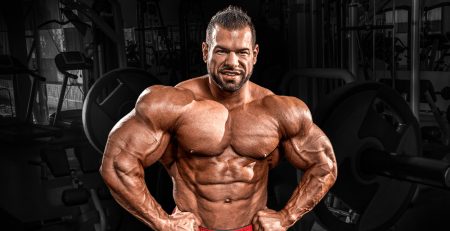 Mind over Muscle: How to be mentally tough in the gym

The mind is an interesting thing. Most of us know that if we can control our thoughts, we can... read more